An Eagle Can Soar, and So Can You 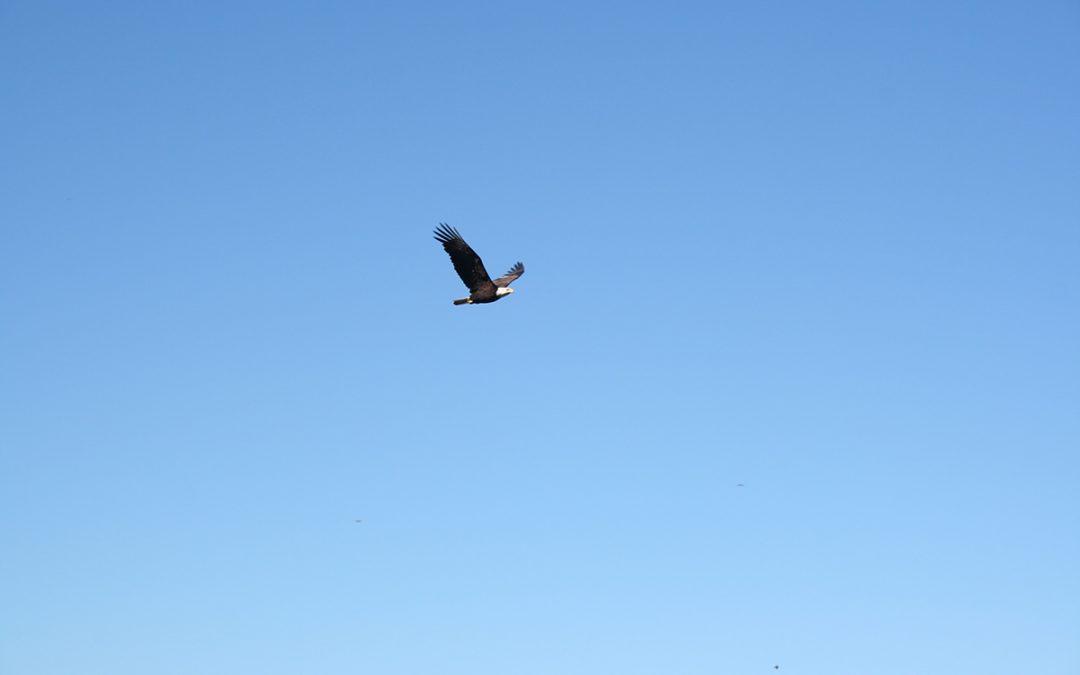 A couple of years ago I met with a young A-level student, who wanted help with her exams. During the course of our first discussion I asked her what grades she was hoping to achieve.

But she was wrong. She got As and Bs.

That’s because, after a few sessions of coaching, we managed to turn around her steadfastly-held belief that she wasn’t capable of achieving more.

Where do these beliefs come from?

Our belief systems are shaped from the age of around five upwards. They come from listening to and watching those around us: parents, grandparents, teachers, and the media. What we take in with our eyes and ears becomes part of our belief system.

So you could have a mother that believes education is everything. Or father that says money doesn’t grow on trees and there isn’t enough of it to go round. Or a grandfather that says why go onto university when you would be better off learning a trade or skill.

And because these come from people we love and trust, soon we’ve accepted their beliefs as fact and we assume these ideas must be true. We may not even realise it, but these beliefs could be holding us back. Consequently we may not go for that high-paying job because we don’t think we’ll get it, or we don’t pursue our dream of further study because it’s not a skill or a trade.

If we go back to our A-level student, she was led to believe that she couldn’t achieve more than a ‘C’ so she set her sights lower. But she is now studying for a degree at university. “I now know that I can achieve anything I put my mind to,” she says.

Beliefs are not written in stone.
Next time, we’ll be talking about how to change the sorts of beliefs that hold us back from fulfilling our true potential. In the meantime, I want to leave you with the Eagle story, a powerful tale about the power of belief.

Once upon a time, there was a large mountainside, where an eagle’s nest rested. The eagle’s nest contained four large eagle eggs. One day an earthquake rocked the mountain causing one of the eggs to roll down the mountain, to a chicken farm, located in the valley below. The chickens knew that they must protect and care for the eagle’s egg, so an old hen volunteered to nurture and raise the large egg. One day, the egg hatched and a beautiful eagle was born. Sadly, however, the eagle was raised to be a chicken. Soon, the eagle believed he was nothing more than a chicken. The eagle loved his home and family, but his spirit cried out for more. While playing a game on the farm one day, the eagle looked to the skies above and noticed a group of mighty eagles soaring in the skies. “Oh,” the eagle cried, “I wish I could soar like those birds.” The chickens roared with laughter, “You cannot soar with those birds. You are a chicken and chickens do not soar.” The eagle continued staring, at his real family up above, dreaming that he could be with them. Each time the eagle would let his dreams be known, he was told it couldn’t be done. That is what the eagle learned to believe. The eagle, after time, stopped dreaming and continued to live his life like a chicken. Finally, after a long life as a chicken, the eagle passed away.

The moral of the story: You become what you believe you are; so if you ever dream to become an eagle follow your dreams, not the words of a ‘chicken.’

We use cookies to ensure that we give you the best experience on our website. If you continue to use this site we will assume that you are happy with it.Ok